PANEL AT THE BRAZILIAN EMBASSY IN BERLIN DISCUSSES PARTNERSHIP BETWEEN BIODIVERSITY AND BIOECONOMY, ONE OF THE THEMES THAT WILL BE HIGHLIGHTED AT THE 2016 GREEN RIO

A Bioeconomy representative from the German Agriculture Ministry, entrepreneurs, University researchers and journalists were present.

On March 3, 2016, a panel on “Brazil, Biodiversity, Bioeconomy” was held at the Brazilian Embassy in Berlin.

Ambassador Maria Luiza Viotti opened the panel by welcoming the audience and highlighting the opportunities that exist for partnerships between Brazil and Germany in the Bioeconomy scenario.

After that, Maria Beatriz Martins Costa, director of Planeta Orgânico, spoke about the wealth of the Brazilian biomes, and the challenge to reconcile development with conservation and the sustainable use of biological diversity.

Maria Beatriz presented some initiatives which are recognized as benchmarks for the sustainable use of biodiversity, such as the “Cultivating Good Water” Program of Itaipu Binacional, and the SEBRAE Structuring Project for Amazon Forest-based Cosmetics.

The Intecral Project – a partnership between the Rural Rio Program and the University of Cologne – was also presented as an example of bioeconomy.

Maria Beatriz pointed out that after the COP 21 Summit in Paris, when 195 countries committed to sustainable development, a unique opportunity arises to promote innovation and to bring scale to the Green Economy. “There could be no better time to promote Bioeconomy than now”, said Maria Beatriz.

Since 2009, Dr. Koch-Weser has led the study “Amazon under Transformation: History and Prospects”, a program at the Advanced Studies Institute of the University of São Paulo, Brazil, which involves the creation of the first Rainforest Business School.

The destruction of the tropical forest is a topic that has not yet been resolved in the global environmental agenda. Worldwide, deforestation and forest burns add up to 12-15% of all the global CO2 emissions annually. “The destruction of the tropical forest not only contributes to climate change, but also eliminates precious and complex ecosystems, of the greatest importance for biodiversity and water management”, Maritta said.

According to Maritta Koch-Weser, “the recognition of the forest’s value will only be possible with a significant increase in human resources trained in ecologically and socially sustainable forest business.   At present, there is a lack of specialized personnel in companies, in commerce, in the financial sector, in applied sciences and in the public sector.  In Brazil, and indeed, in the world, there is no academic institution that specializes in this segment, capable of making a significant contribution towards realizing the unique potential of the standing forest.”

After the presentations, a question-and-answer session was opened, rich in suggestions for partnerships and research and development projects based on the 2030 Bioeconomy Program, a national research strategy established by the German Government.

The objective of the “2030 Bioeconomy Program” is to enable, with research and innovation, a structural change from an industry that uses petroleum to a bio-industry, linked to great opportunities for growth and job creation.

At the end of the meeting a cocktail party was offered, where those present could socialize; among them was the journalist Hildegard Stausberg.

Hildegard mentioned that there is a partnership between the cities of Rio de Janeiro and Cologne, and that, applying the Bioeconomy theme, this partnership could be optimized and expanded to the Brazil-Germany level.

Planeta Orgânico is grateful for the support received from the Brazilian Embassy in Germany, which was tireless in fulfilling the demands made on it to enable this panel to be carried out with perfection. 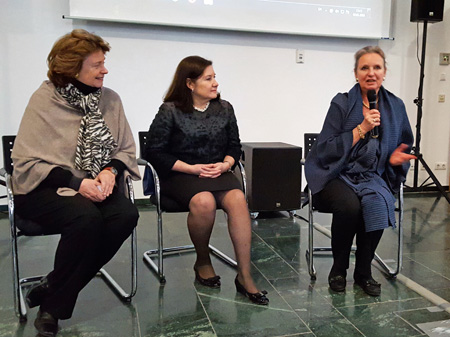 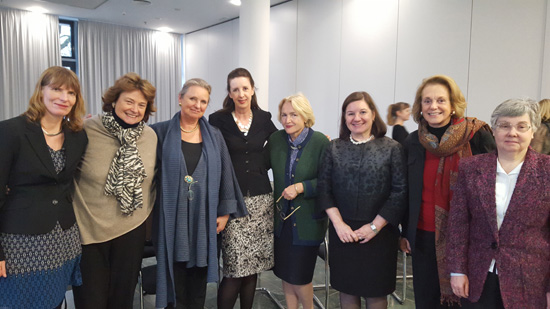