300 LATIN AMERICAN AND EUROPEAN LEADERS AT THE 26TH ANNUAL CONFERENCE OF THE LATIN AMERICAN ENTREPRENEURIAL COUNCIL (CEAL), WHOSE THEME WAS “BORDERLESS AMERICA”

PLANETA ORGÂNICO TOOK PART IN THE FORUM “REGIONAL INTEGRATION OF AGRIBUSINESS, FOOD SAFETY AND BIOFUELS”, WHICH TOOK PLACE DURING THE MEETING

On October 15 and 16, 2015, Rio de Janeiro became a center for the discussion of the themes that concern entrepreneurial, political and institutional leaders in Latin America. On those dates, the 26th Annual Conference of the Latin American Entrepreneurial Council (CEAL), the continent’s largest and most representative entrepreneurial and political meeting, was held. This year, its central theme was “Borderless America”, and it brought together approximately 300 Latin American and European leaders, including 80 speakers and debaters, taking into account authorities, CEOs, and political and institutional leaders from several areas and from the whole continent.

During the two days of work – in panels, conferences and forums – challenges, opportunities and solutions were addressed in the following areas: energy; education; production chains with added value in the agribusiness, mobility and service segments; entrepreneurial spirit and innovation; sustainability; cooperation between the public and private sectors; connectivity and progress; in addition to aspects connected with democracy and social movements. At the opening ceremony scheduled for 9:00 a.m. on October 15, at the Windsor Atlântica Hotel, Governor Luiz Fernando Pezão; the Mayor of Rio de Janeiro, Eduardo Paes; the international president of the CEAL, Ingo Plöger; and the president of CEAL Brazil, Roberto Gianetti da Fonseca, took part. 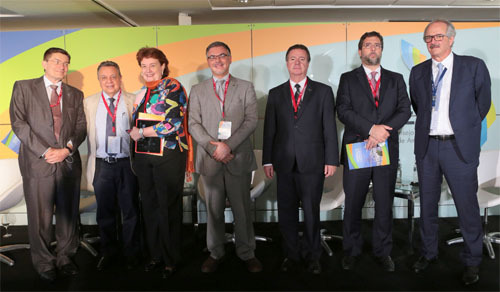 On October 15, the Forum “Regional integration of agribusiness, food safety and bio-fuels” was held, and Ladislau Martin Neto, research and development director of Embrapa, gave a presentation using projections on the theme. After that, the speakers were Alan Bojanic, FAO’s representative in Brazil; Carlos Mata, of the Guatemalan beverage industry Cabicorp; Odilson Luiz R. e Silva, of the Brazilian Agriculture Ministry; Christian Lohbauer, Corporate Affairs director of Bayer do Brasil; and Maria Beatriz Bley Martins Costa, director of Planeta Orgânico, Brazil. The moderator for this forum was the former Agriculture Minister, Roberto Rodrigues, who conceived the idea for the Southern Producers Group (“GPS”), which promotes integration among Mercosur’s farmers. 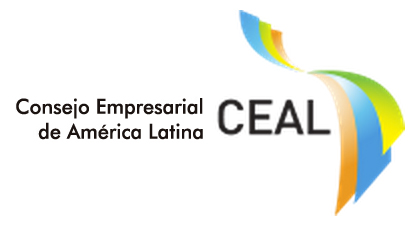 The Latin American Entrepreneurial Council (CEAL) is an organization constituted by important entrepreneurs in the continent. It was created 26 years ago, in Mexico City, with a view to stimulating the participation of its members in commercial flows, investments, interchange and cooperation, in every area in which the private sector can contribute to the strengthening of mutual ties and the socio-economic progress of Latin America. With its main goal being the integration of the continent, the CEAL is currently composed of over 600 corporate leaders, managers and company shareholders, grouped in 21 chapters, which are situated in Latin America, the USA, the Iberian Peninsula and the Caribbean. Its aim is to promote the fundamental role of the Latin American business community in the region’s economic development. Today the CEAL is considered to be the voice of the Latin American entrepreneur community, engaged in pursuing a borderless America. Ingo Plöger, a Brazilian entrepreneur, is currently the CEAL’s international president.

The complete program for this event is available at the link below.