BIOECONOMY IS THE THEME OF WORKSHOP IN NUREMBERG, ORGANIZED BY PLANETA ORGANICO WITH SUPPORT FROM GIZ

On February 13, 2018, the Green Latin America Bioeconomy Workshop was held at the Shanghai Room of the Nuremberg Convention Center, organized by Planeta Organico with support from GIZ, the Itaipu Technological Park and the Secretariat of Family Agriculture and Agrarian Development.

The Shanghai Room was filled with 92 people who had the opportunity to see the presentations of 18 speakers who dealt with various topics of Bioeconomy, considered by many to be the economy of the 21st century.

Valuing a healthy soil, the quality of water, is one of the challenges of the bioeconomy. Bringing financial institutions to work on sustainable finance and payments for ecosystem services is an issue that is starting to unfold, but there is still a lack of understanding of what a bioeconomy is.

The participation of civil society is indispensable for an effective transition from a fossil fuel economy to a bioeconomy.

The president of the Julius Khün Institute, Georg Backhaus, has defined a bio-economy as “production and use of natural resources (including knowledge / research) that provides products, processes and services in all sectors of commerce and industry in the context of a sustainable economy.” 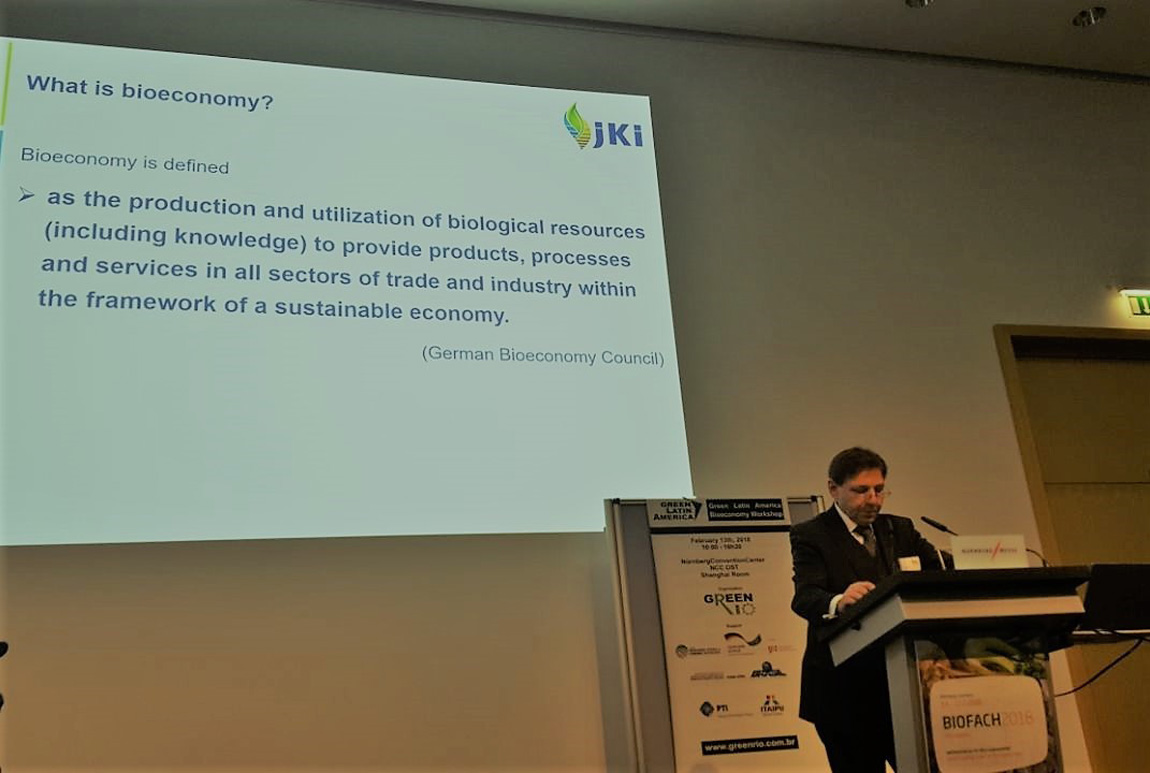 At the opening of this event, Maria Beatriz Martins Costa, director of Planeta Organico, highlighted that the idea of ​​doing this workshop in Germany was during Green Rio 2017, when the first German-Brazilian Bioeconomy Workshop took place, where representatives from Brazil and Germany discussed potential partnerships between the two countries in the Bioeconomy scenario.

Due to the success of the first edition of this bilateral workshop, the second edition of the German-Brazilian Bioeconomy Workshop will be held again at Green Rio, which will take place from 24 to 26 May 2018 at Marina da Glória, as highlighted by Tilman Schachtsiek (Coordinator of the Bioeconomy Secretariat / Ministry of Agriculture of Germany) at its presentation in Nuremberg. Tilman also pointed out that there will be a Bioeconomy / Germany booth at Green Rio 2018. 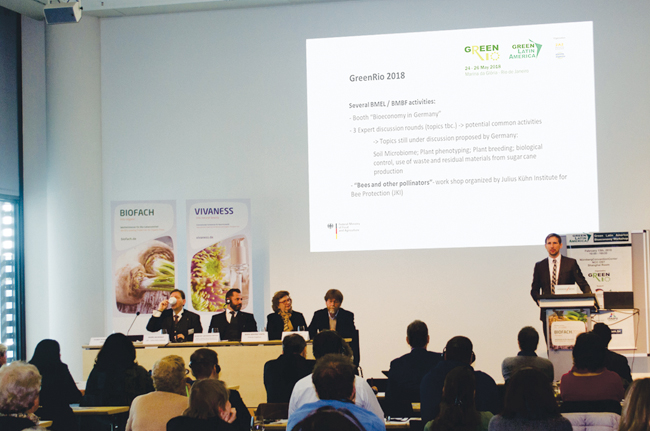 In the morning, the following themes were addressed: Small Business and Bioeconomy, Forests and Green Markets, Nexus Water, Energy and Agriculture.

After a brief break for lunch, the afternoon brought panels with questions for the public that debated the following questions: 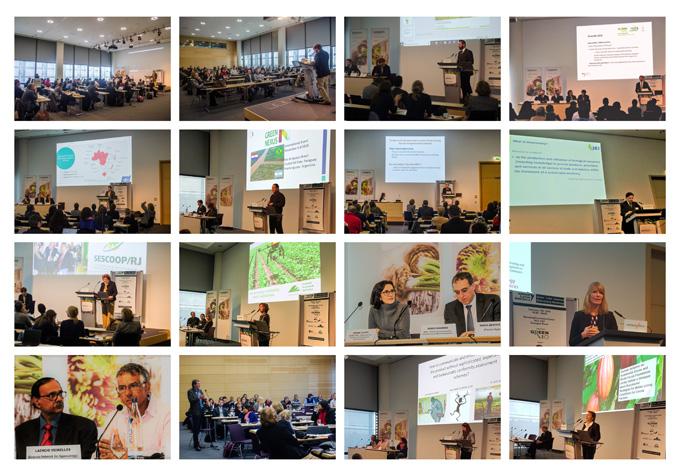 Know more about the complete program and the respective speakers.

The Green Latin America Bioeconomy Workshop has already unfolded and several meetings were scheduled to be held during the Green Rio 2018:
http://www.greenrio.com.br/index.php/english/