COSMETIC INGREDIENTS OF THE AMAZON: DROPS OF TECHNOLOGICAL ADVANCE THAT COMES FROM THE FOREST 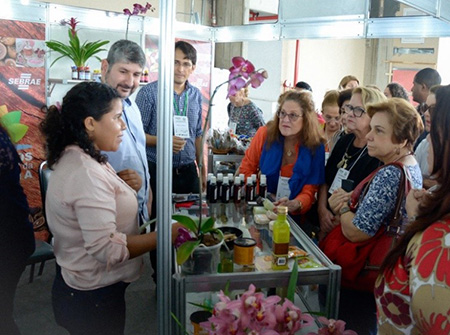 There are numerous reports that try to persuade men to stop destroying the forest and we would like to have this chance too. The cosmetic industry in recent years has been developing technological wonders that make the human being increasingly beautiful. This technology comes from the main laboratories of the largest companies in the world, as recently as L’Oréal de Paris, which inaugurated the 1st L’Oréal Campus (CAPI) Research Center of the Operations, Research and Innovations Hair Group, forming the new campus called Centro Charles Zviak in honor of the former Director General of L’Oréal from 1984 to 1988.

In Brazil, a megadiverse country, considered the richest in world biodiversity, the technological advance comes from the forest and every year, they promote side by side the new technologies in the field of natural products, observed in the launches in recent years in the main fairs of the world as Cosmoprof Bologna-Italy or FCE Brazil. Species such as andiroba, cupuaçu, murumuru, açaí, guaraná, ucuúba have been presented annually to the world and now, the new xodó of the hair, the Pracaxi species. Comparatively, the world continues to evolve in research with aloe-vera and coconut among other tropical products as well as the wonderful Argan of Morocco, but nothing like the essences of the Brazilian forest to enchant the world of cosmetics and surprise the researchers of international laboratories. We can not quantify the value that these companies save when they access the biodiversity asset in relation to the million dollar billing in their sales, but besides supplying the raw material, we buy the final product, we occupy the fourth largest consumer market in cosmetics in the world and this is the reason the economic appeal should accompany the environment.

How many species are protected by the hundreds of beauty salons that exist in the Amazon, since as you, hairdressers, use a product based on andiroba, the extractivist, riverine, indigenous and quilombola know that buying the seeds or even the oils and butters, the production of numerous cooperatives and Amazonian associations are guaranteed. And during the harvest of fruit production of the species, usually rainy periods, they go out day and night in search of this asset, which form drops of technological advance and protect the extinction of the species, promoting value aggregation in the Amazonian communities, generating jobs for beauty professionals. Thank you, salons, for being our soldiers in the battle for the preservation of the Brazilian rainforests.