At the invitation of the German Foreign Affairs Ministry, Maria Beatriz Martins Costa, a director of Planeta Orgânico, took part in the Brazilian delegation that visited Berlin, Dusseldorf and Cologne in order to discuss strategies and potential Brazil-Germany partnerships in the Bioeconomy area, during the week from March 15 to 20, 2015.

The Brazilian delegation was led by Senator Luiz Henrique da Silveira (State of Santa Catarina) and also had the important participation of:

This visit was part of the German Federal Republic’s Guest Program, a joint program of the Federal Parliament and the Federal Government.

This Program combines a visit to the federal capital, Berlin, with a visit to one of the 16 States of the Federation, in this case, the State of North Rhine-Westphalia.

Meetings were also held with both federal and state deputies who are members of the Parliamentary Commissions that are decisive for the bioeconomy area, and with representatives of the Bioeconomy Council.

A visit was paid to the Jülich Research Center, including to its Bioeconomy Science Center, and to the Max-Planck Institute in Cologne.

During the week, bilateral issues related to the partnership between Brazil and Germany were also addressed with the pertinent department heads in the Foreign Affairs Ministry, and especially with the vice-president of the Brazil-Germany Parliamentary Group, Federal Deputy Bärbel Höhn, who is also an expert in the bioeconomy area.

The objective of the strategy is to consider ecological, economic and social interests in the same way, and to integrate them into sustainable solutions.

During the visit, Senator Luiz Henrique da Silveira proposed that the topics discussed during this mission should be taken up again at the Brazil-Germany Economic Meeting to be held in Joinville from September 20 to 22 in the current year. “Mankind’s great challenge up to 2050, when we will reach nine billion inhabitants, is to double today’s food production without felling trees, keeping our forest heritage and recovering vast degraded areas”, said Senator Luiz Henrique da Silveira.

In the course of this visit, Maria Beatriz pointed out examples in the Bioeconomy area that will be present in the Green Rio 2015 event, such as the SEBRAE Structuring Project for the Amazon Forest Base, Rural Rio, and Cultivating Good Water. The German cooperation agency GIZ will be present at the Green Rio 2015 in the panel on “The Economics of Ecosystems and Biodiversity (TEEB)”. 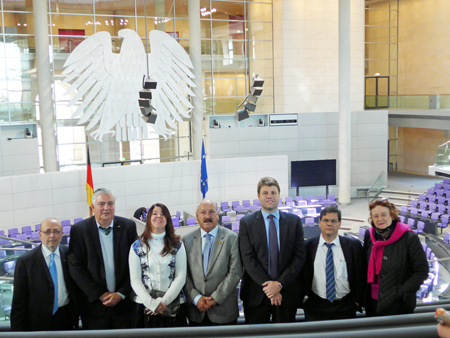 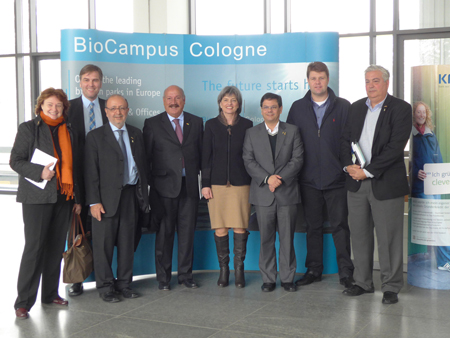