SEBRAE STRUCTURING PROJECT FOR AMAZON FOREST-BASED COSMETICS FULFILLS SUCCESSFUL AGENDAS IN PARIS AND CHARTRES – PLANETA ORGÂNICO WAS RESPONSIBLE FOR ORGANIZING THESE AGENDAS, IN WHICH THE GREEN RIO EVENT WAS PROMOTED

The SEBRAE Structuring Project for Amazon Forest-based Cosmetics carried out an International Mission in Italy (Cosmoprof Fair) and in France, in March 2016.

The National SEBRAE was represented by Krishna de Faria.

João Matos, the Project’s consultant, accompanied and supported the delegation throughout the Mission.

Planeta Orgânico was responsible for organizing and coordinating the meetings held in France, in Paris and Chartres.

On March 22, 2016, a presentation of the SEBRAE Structuring Project for Amazon Forest-based Cosmetics was given at the Brazilian Embassy in Paris. 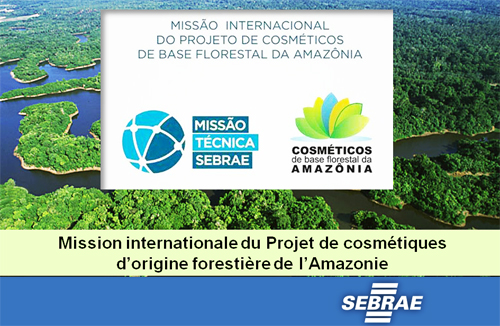 Roberto Doring, Head of the Commercial Sector at the Brazilian Embassy in Paris, welcomed those present and stressed the importance of a closer relationship between Brazil and France, in a sector in which Brazil has the wealth of the Amazon biodiversity and France holds the technology in the cosmetics area.

Next, Maria Beatriz Martins Costa, director of Planeta Orgânico, gave the presentation of the project for an audience that included journalists, cosmetics sector entrepreneurs, researchers and investors.

After the presentations, the audience asked several questions, all showing their interest in learning more about the Project, the producers involved and the indicators already identified. 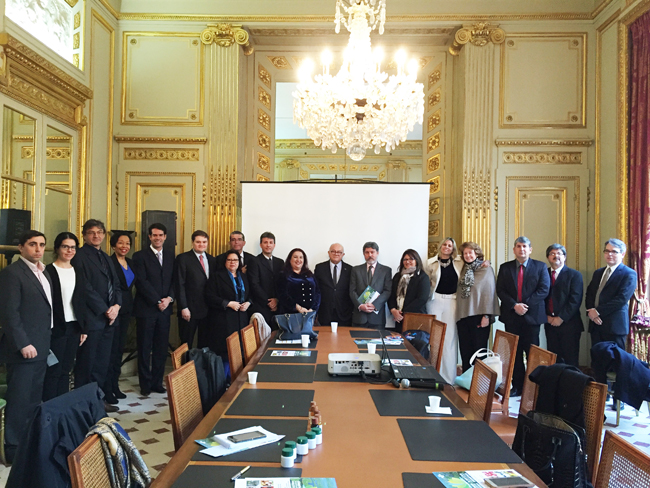 The Brazilian Ambassador to France, Paulo César de Oliveira Campos, greeted the delegation personally and reminded them that there are cooperation agreements between Brazil and France, especially between Amapá and French Guiana; this fact marks the beginning of new political-territorial applications of the French-Amapá border.

On March 23, 2016, the delegation left for the city of Chartres, where the headquarters of the first European Union cosmetics cluster, Cosmetic Valley, are situated.

Since 2013, Planeta Orgânico had been promoting a closer relationship between the Structuring Project for Amazon Forest-based Cosmetics and Cosmetic Valley.

The following synergies of the above-mentioned Project with Cosmetic Valley, which follows an “eco-responsible” standard, were identified:

The following opportunities for partnerships with Cosmetic Valley were also indicated:

(Cosmetic Valley has partnerships with seven universities in France)

On March 23, a meeting was held with the President of Cosmetic Valley, Jean Luc Ansel, who welcomed the group and subsequently made a presentation about Cosmetic Valley, highlighting the fact that this was the European Union’s first cosmetics cluster.

Ansel also spoke about the opportunities for partnerships between Cosmetic Valley and the SEBRAE Project for Amazon Forest-based Cosmetics, which would encompass everything from research to business meetings that would occur during the Cosmetics 360 event, to be held in Paris in October 2016.

After the presentation, the representatives of the Brazilian delegation asked Mr. Ansel questions; and at the end of the meeting a Letter of Intention between Cosmetic Valley and the SEBRAE Project for Amazon Forest-based Cosmetics was signed. The signatories were Mr. Jean Luc Ansel and Dr. Aécio Ferreira da Silva, Director-Superintendent of SEBRAE Amazonas. 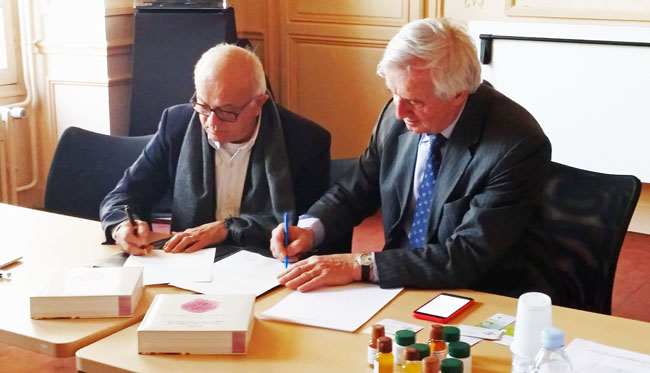 The presentation given at the Brazilian Embassy in Paris on March 22, 2016 was the subject of an article in the Premium Beauty News portal, which specializes in cosmetics and published the following report: 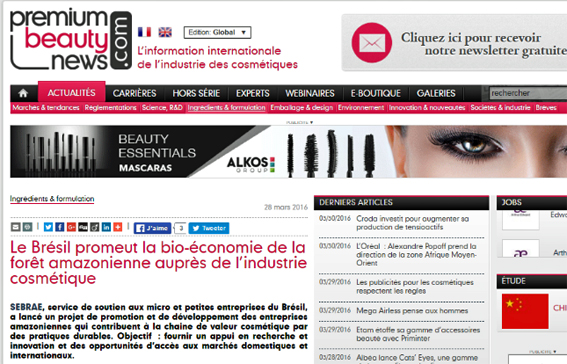 The meeting of the delegation representing the SEBRAE Project for Amazon Forest-based Cosmetics with the President of Cosmetic Valley, Jean Luc Ansel, in Chartres, was reported in the newspaper ECHO REPUBLICAIN, with the headline “Cosmetic Valley receives Brazil”.